Results of air pollution test from outside Elementa’s Bank office 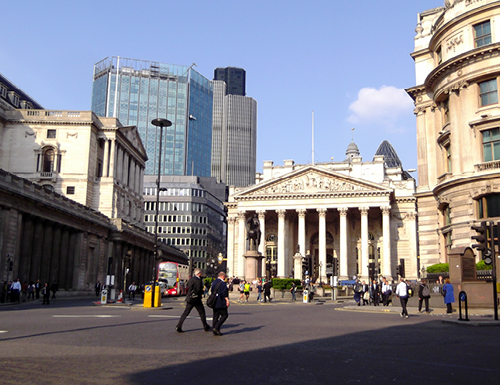 Recently, Elementa contributed to a major citizen science’ study of air pollution in the UK, curated by King’s College London and Friends of the Earth. To gather data for the study, we mounted a Clean Air test tube next to the entrance of our London office. The tube was in place for two weeks and then sent for analysis in a specialist lab to measure Nitrogen Dioxide exposure. The results revealed that the level of nitrogen dioxide found, which was 62.9 µg/m3 (micrograms per cubic metre), exceeded the European Union limit of 40µg/m3. Whilst factors such as the weather and the distance from the pollution source may have altered the results, Elementa feel that it is essential to lower the amount of pollution produced in London.

Currently, Bank is marked on the Friends of The Earth webpage (in collaboration with King’s College London) as being one of the highest air polluted areas in the UK. With over 40% of air pollution caused by vehicles using diesel and 6 million cars driven every day by people in London (1), Elementa’s results highlight the severity of the shocking air quality currently experienced by millions across the UK, especially in the capital.

The Mayor of London, Sadiq Khan, has been advocating cleaner air in London, saying “I’ve got bold plans to clean up London’s toxic air.” His toxic air report in London explains that over 9,000 citizens in London die prematurely every year due to poor air conditions. “Our children are being exposed to dangerously polluted air “, Khan says, “I know personally how much London’s air is damaging people’s health. I recently started suffering from asthma.” He has been faced by the organisation Greenpeace, who led children to personally deliver him a petition with over 100 signatures from head teachers. They want the Mayor of London to keep his promise of creating Ultra-Low Emissions Zones.

So what is the Mayor of London actively doing to change this? First of all, he has created the ‘Toxicity Charge’. Scheduled for implementation during the October half term of 2017, any car registered before 2006 will face a £10 charge for driving in London. Khan hopes that the new initiative will deter high polluting vehicles from being driven, thus increasing the air quality in London. Secondly, from 2018, each taxi in London will be electric, and each bus will no longer purely run on diesel. Approximately £50 million has been pumped into this scheme, with the hope that schoolchildren who take the bus will be amongst those who benefit the most. Finally, following on from the work of Greenpeace (mentioned above), he has created Ultra-Low Emissions Zones, where vehicles will have to pay a fine if they don’t meet the required exhaust emission standards. This will be piloted in 2020.

The area of Bank may also benefit from recent changes. The current transport ban (excluding buses) introduced at the Bank junction last month was originally designed to make it safer for pedestrians and cyclists. Any vehicle driving from Monday to Friday between 7am and 7pm will receive a £130 fine. It is estimated that the new fine will decrease the amount of accidents by 55%. Yet it may also positively contribute to the effect on the air quality in the surrounding area. New safety precautions like this may catalyse an increase in air quality by lowering the number of emissions from vehicles. Although it was not designed to dispel the area of harmful gases, Bank may see a reduction in the levels of nitrogen dioxide that it emits.

One of the driving forces behind Elementa’s involvement in the study of air pollution is Alkyoni Papasifaki, who has been working on the project for about 5 months. She elucidates the reasons why she became involved: ‘’I am keen on what’s going on outside – for instance, what air would I breathe if I went out during my lunch break?” She is not only hoping to raise awareness on the pollution levels in London to the community, but also provide a platform where everyone can contribute towards making the town a healthier place to live and work in. Her main goals for the project are to encourage the use of public transport over cars, to get the whole community involved and furthering the mayor’s plans to reduce the amount of NO2 released in London.
Elementa have already begun reducing the levels of nitrogen dioxide that they produce. Employees are now encouraged to cycle to work instead of using other transport, with Elementa implementing the Government’s ‘Cycle to Work’ scheme. However, the appalling levels of NO2 in Bank have made it difficult for the company to implement other changes, such as reducing energy costs. “We can’t even open the windows” Alkyoni Papasifaki explains. The fact that the pollution is so extreme underlines the extensive damage that it is projecting on the community. If the air was cleaner, offices would be able to open windows and reduce the amount of energy used to power air conditioning.

Elementa’s participation in project work is paving the way towards a healthier, cleaner city, encouraging the community to raise awareness and work together to improve our living space.