The Beauty of Working Together 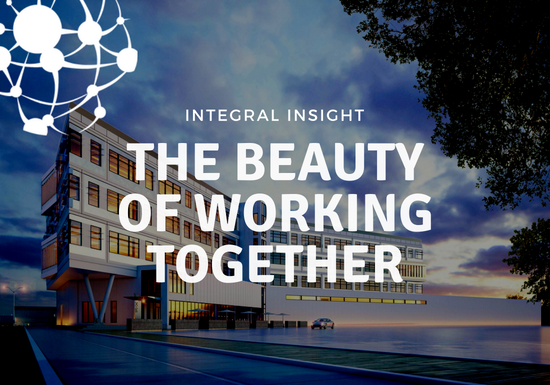 I had the pleasure of acting as Project Manager on one of Integral Group’s latest Zero Net Energy projects, the San Francisco International Airport’s Consolidated Administration Campus (SFO CAC). The 130,000 ft2 project, which is beginning occupancy, will consolidate several departments currently scattered throughout the airport facilities, and well as provide museum collections storage for the airport’s nationally accredited museum. But more importantly, the building serves as a model for a simple, cost-effective ZNE office design that can be achieved anywhere.

The systems in this building aren’t notable for what they have, but rather for what they don’t have. Every piece of equipment that went into this building had a specific justification to keep costs down. Most notably, the office is both heated and cooled with in-slab radiant, with careful thought to minimize costs and the number of manifolds needed. The efficiency of the radiant system is maximized through several clever strategies. The radiant tubing is placed in the structural slab, forgoing the need for an extra topping slab. Ceiling fans are located at regular intervals amongst hanging acoustical ceiling clouds. Ceiling fans empower radiant around the clouds down to the people, with the same cooling performance as you would see without acoustical clouds. Ceiling fans are an incredibly affordable design solution in applications like this; the 72 Haiku L ceiling fans on the project, had an installed cost of around $1/square foot – a very affordable option in the San Francisco Bay Area. Thin carpet tile allows for increased acoustic performance, while still allowing meaningful radiant performance. Lastly, the perimeter 5 feet of the building have no clouds overhead and bare concrete underfoot, allowing the radiant to be most powerful where it is needed most, at no added cost.

The combination of ceiling fans and radiant when acoustical clouds are present is a fairly new one. We were able to achieve success in our design partly due to the Center for the Built Environment at UC Berkeley’s study on the subject, which looked at performance without fans and with fans at two directions of air movement. Strategic architectural strategies, like exterior sunshades and optimized window area, minimize heat gains, eliminating the need for any expensive supplemental cooling equipment and reduced the chiller size to nearly half that of a similar-sized office building. Furthermore, with radiant handling all heating and cooling, the air system is only needed for ventilation, allowing for powerful reductions in the size of air-side mechanical equipment. Compared to similar office spaces, ducts were nearly 1/2 the size, there are 1/3rd the typical amount of VAV boxes, and Air handlers were 1/4th size.

Less mechanical equipment means fewer upfront costs and lower maintenance costs in the long term for the client. More importantly, less and more efficient equipment means significantly less energy use for the building. The code baseline would allow for a building to have an Energy Use Intensity (EUI) of 38 (kbtu/sf/yr). This project was able to achieve a projected EUI of only 25, which in turn reduces the amount of solar PV needed to achieve Zero Net Energy performance.

This project was successful because the team worked together towards a common goal. SFO decided early on that they wanted a ZNE building, and the architects, contractors, and engineers all pushed to reach this commitment.

My hope is that this project becomes not only a model for ZNE office buildings across the United States but also a testament to what can be achieved when we all work together.

Read more about this project here.