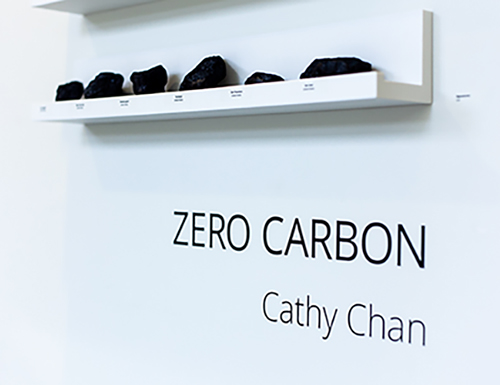 The gathering of world leaders and concerned citizens at the Global Climate Action Summit in September of 2018 marked an important moment with respect to climate action, celebrating our current achievements and launching new commitments to lowering global emissions that contribute to climate change. One such commitment, launched by the World Green Building Council, was its Net Zero Carbon Buildings Commitment (the Commitment), whereby 38 signatories—made up of 12 businesses, 22 cities, and four states and regions—have committed themselves toward a decarbonized built environment by enacting regulations and policy that will require all new buildings to operate at net zero carbon from 2030, and all new and existing buildings to operate at net zero carbon by 2050. 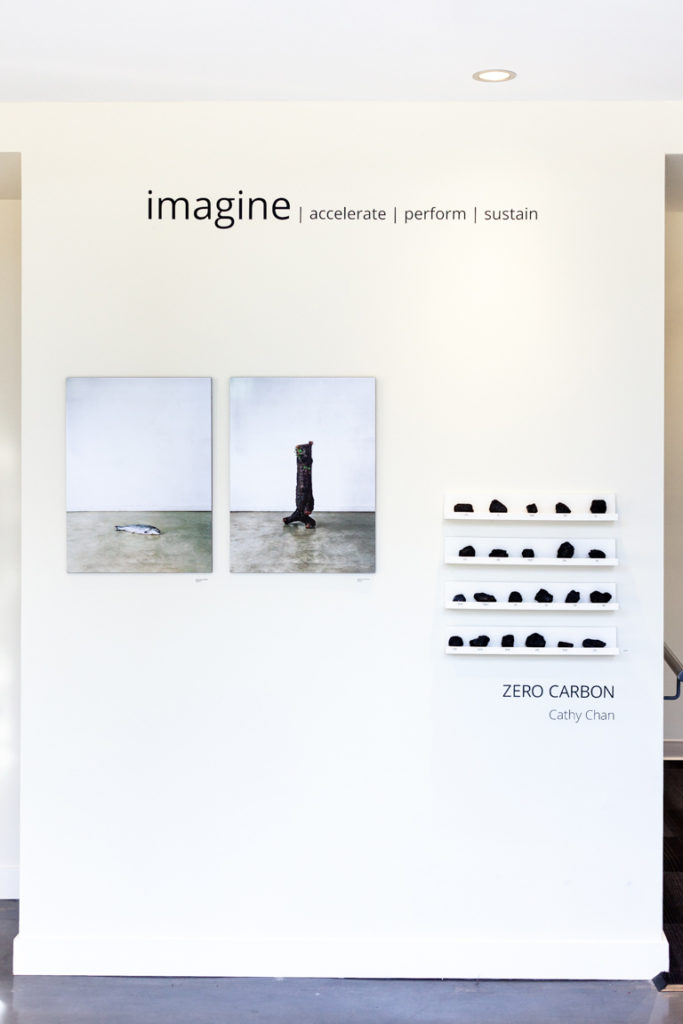 The art exhibition, Zero Carbon, by Cathy Chan is inspired by the recent Global Climate Action Summit and is in dialogue with the work that we do here at Integral Group (one of the Commitment’s signatories) to create sustainable current and future built environments. Zero Carbon is comprised of two artworks—Portraits of the Environment, and Signatories—that are interpretations of the meaning of ‘zero carbon’ in the context of the green building industry as well as in the broader context of resource usage and climate change. 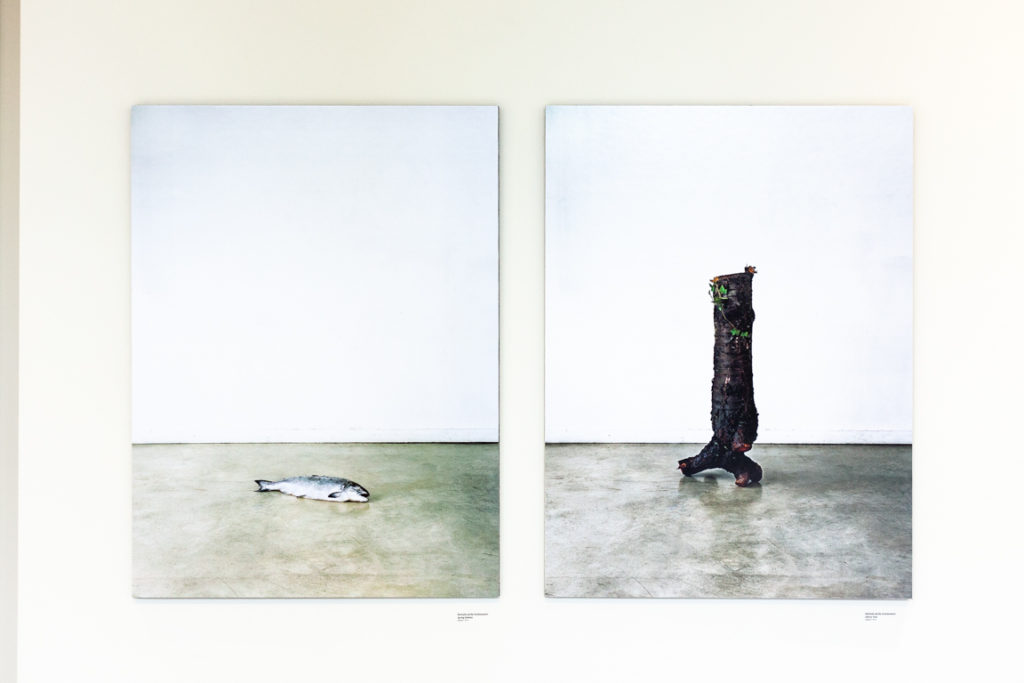 Portraits of the Environment is a photographic diptych of objects—a Spring salmon and a cherry tree—taken out of their natural environment and placed in a studio setting to highlight an end-state that contrasts the general perception of their existence in the natural world. With organic matter being a carbon-based compound, ‘zero carbon’ alludes to the disappearance of organisms due to human intervention. 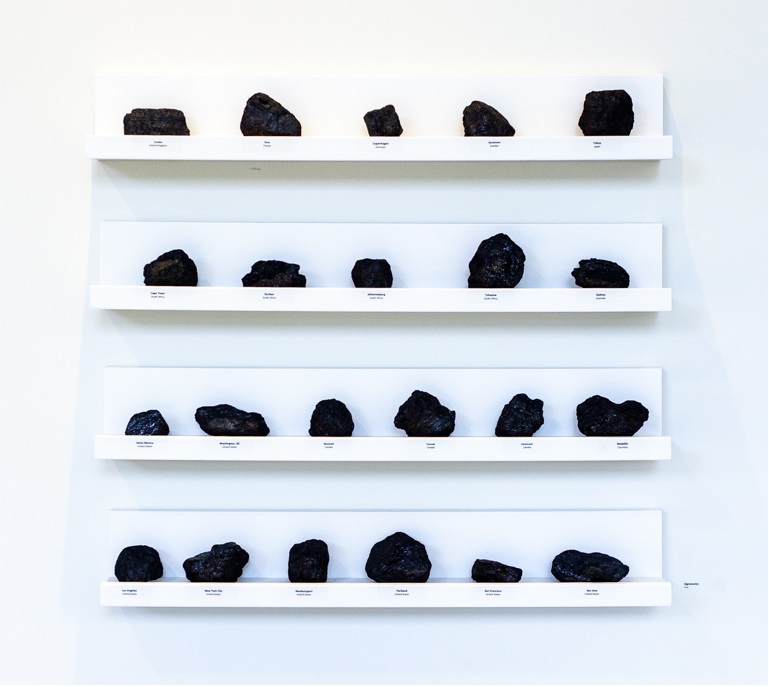 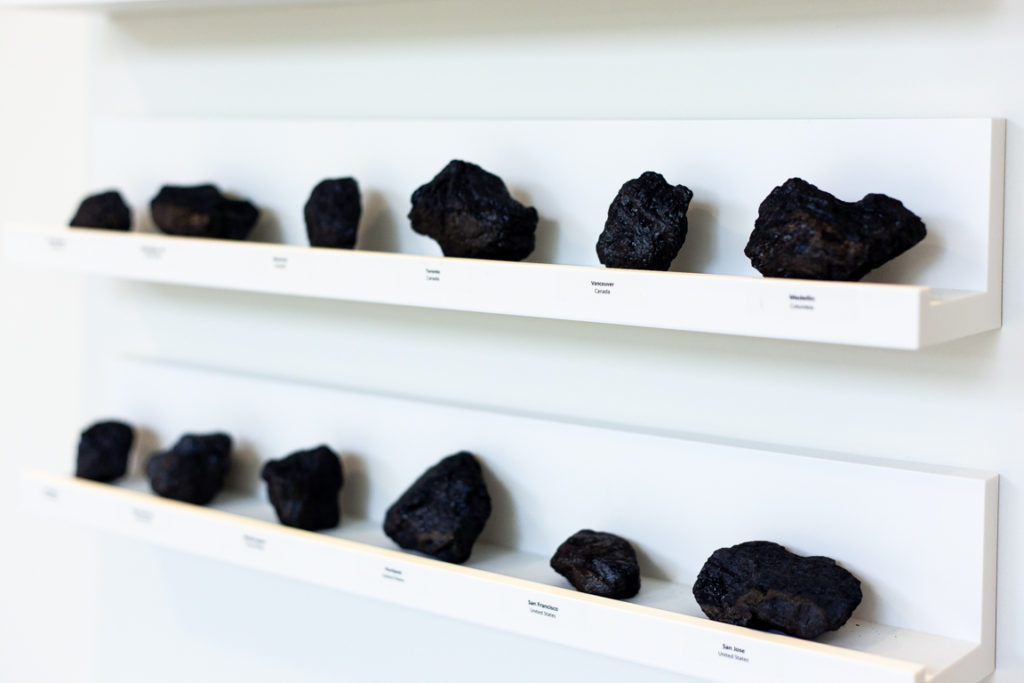 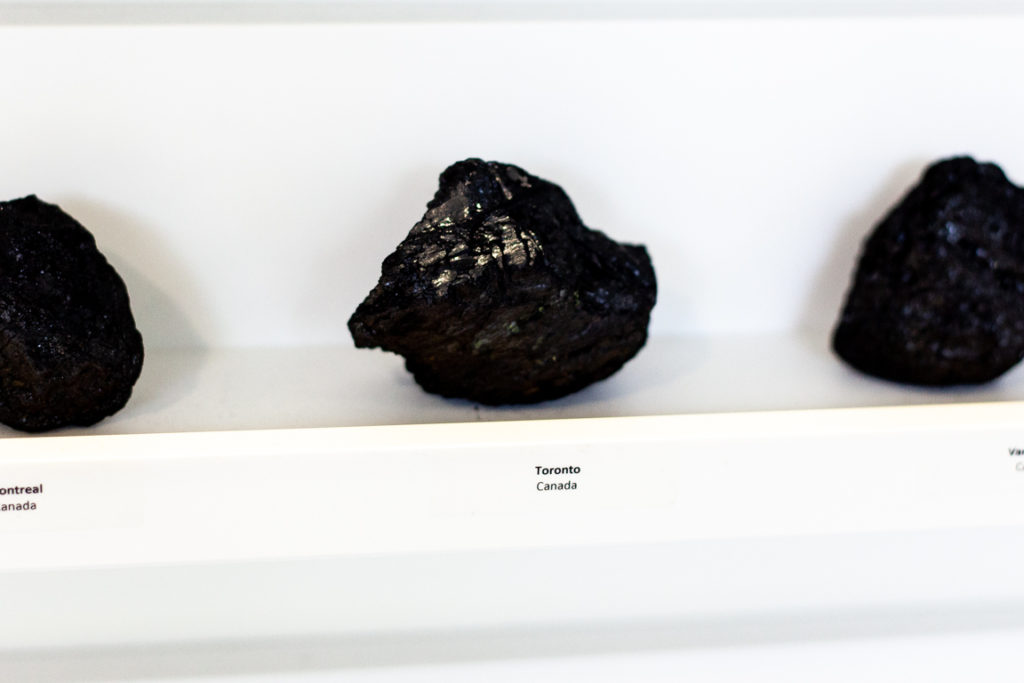 Signatories is an installation artwork composed of pieces of coal to represent the current 22 cities that have signed the Net Zero Carbon Buildings Commitment. The greatest source of electricity worldwide is the combustion of coal, which produces carbon dioxide—a greenhouse gas that in elevated levels causes climate change. In this art installation, coal—a fossil fuel composed entirely of carbon—is used in juxtaposition to the signatories’ commitment to zero carbon. In its unused state, coal is a carbon ‘sink’, having compressed decomposing organic matter for millions of years thereby storing carbon within the earth rather than emitting it. Signatories is a representation of a carbon ‘sink’, metaphorically storing away carbon as unused coal. As more and more signatories commit to net zero carbon emissions, one imagines this collection of coal getting bigger and bigger, thus eventually bringing our emissions to net zero carbon.