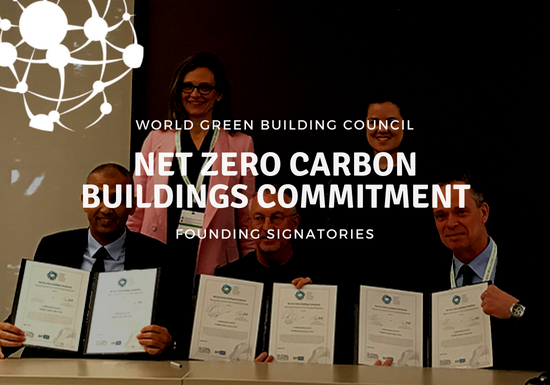 Integral Group is one of three founding signatories to sign this important movement aiming to reduce global emissions. We have committed to Zero Scope 1 and 2 emissions by 2020 across our fifteen office locations globally, continuing to actively promote opportunities for net-zero carbon on all our projects, by removing technical, financial, and perceptual barriers to adopt this goal.

Integral Group CEO, Kevin Hydes, commented on the commitment, “We believe that there are two key ingredients to designing net-zero buildings: positive people and simple engineering. We have been able to design over 65 net-zero projects – several of which have been independently certified as such, verifying that they produce more renewable energy than they consume – so we know it can be done. Signing up to the Net Zero Carbon Buildings Commitment is a natural next step for us in our drive to build high-performance buildings that respect and enrich the earth.”