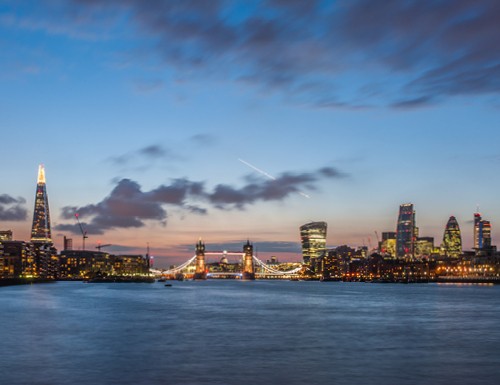 Elementa Consulting have initiated a process to influence energy policy in London. See our report ‘Getting to Zero’ which outlines policy recommendations for a zero emission London, summarising ideas generated from our cross sector policy workshop that we held in May. Four key priorities were revealed:

This report has become the manifesto for the newly formed taskforce LETI – the London Energy Transformation Initiative. LETI has launched 4 working groups to translate ideas from the workshop into tangible evidence based recommendations for energy policy in London over the summer.

Greenhouse gas emissions from London’s buildings need to be rapidly reduced to meet our climate change targets. This will require a dramatic shift in the way we design, construct, refurbish and operate our buildings.

London’s climate change policy for buildings was once seen as world leading, but after over a decade of refinement, now requires a rethink. To that end on May 8th, Elementa Consulting brought together over 100 stakeholders to participate in a workshop at the Building Centre. Attendees included developers, engineers, housing associations, architects, planners, academics, sustainability professionals, contractors and facilities managers. They were joined by representatives from the GLA and London Boroughs. Their task – to develop ideas and build consensus around recommendations for two key policies: the London Plan and the London Environment Strategy.

The workshop was facilitated by Dave Ramslie from Elementa Consulting’s Vancouver office. An expert in energy policy, Dave is a leading figure in the development of stretch codes and zero energy building policies for cities across North America. Working at ten tables – each focused on a specific theme – participants developed ideas and recommendations that could influence London’s Climate Change policy. Having identified their priorities they presented to the entire room culminating in a ‘dotmocracy’ exercise where the most popular ideas were revealed.

Energy Use Disclosure:
Driving down energy consumption is only possible with access to credible performance data. Mandatory in-use energy disclosure for all non-domestic buildings, multi-family housing and district heating schemes, was the most popular recommendation. There was broad consensus that this data should be publicly accessible through an online platform that would enable benchmarking of performance across London’s building stock. By reconciling anticipated energy savings in design against real performance in use, it would provide an opportunity to narrow the gap between predictions of building performance and how they perform in operation.

Decarbonising Energy and Heating:
As our electricity grid becomes dominated by intermittent renewable energy sources, the need to manage and reduce peak energy demands becomes more important. Decentralised energy storage capacity (both electric and thermal) and demand response ‘peak shaving measures’ should be encouraged and incentivised by London policy. This will enable London’s buildings to harness opportunities presented by real-time variable energy pricing.
Heating and domestic hot water can be generated locally, per dwelling, or generated by a district heating system. Careful consideration should be given as to which option will deliver the greatest carbon emission reductions over the long term, taking into account future grid carbon intensity scenarios. To better inform consumers, community heating schemes should provide transparent billing that should be disclosed at lease or sale of connected buildings.
Additionally, all developments and district heating schemes that depend upon fossil fuel combustion must establish a Zero Emissions Transition Plan, ensuring that they can be adapted to achieve zero emissions goals in the future without the need for fundamental redesign.

Delivery Mechanisms:
The workshop dot vote suggested that policy should be “technology neutral”, supporting innovation by prescribing outcomes and not the means by which they are achieved. The existing ‘energy hierarchy’ would be reconsidered.
Incentives should be provided based on operational performance data, as a method to encourage deep retrofit for existing buildings as well as high performing new buildings. Suggestions included: reduced business rates or council tax, rent reviews/ rent caps and removing VAT on any major refurbishment initiatives.
The Net Zero Energy skills base needs to increase across the industry and ongoing user education needs to be encouraged. Clients should demand more – with developers specifying in-use energy performance targets, supported by better metering and monitoring in operation.

Related Priorities:
Embodied Impacts of Construction:
As buildings become more energy efficient, embodied carbon becomes increasingly important as it represents a greater proportion of the total lifecycle carbon emissions of a development. A policy framework to support reduction of embodied carbon needs to be considered.
Overheating:
Overheating risk is a growing problem particularly within new residential buildings. There needs to be a clear policy direction with a requirement for developments to comply with specific overheating criteria, with modelling that includes future weather file analysis. Internal temperature monitoring should be encouraged with league tables showcasing developments that perform well. A resiliency metric to assess thermal stability when power is cut from a development should be considered.
Stakeholder Identification:
A community group registry, to enable already established groups to engage early in the design process and establish opportunities for longer term ownership should be encouraged

Strength in Numbers – Announcing the London Energy Transformation Initiative (LETI)
The workshop demonstrated the level of interest and willingness across the building sector to contribute time and expertise to policy development. Building on this momentum, the priorities that emerged in the workshop will now form the basis for the establishment of working groups. These will be tasked with developing robust policy recommendations and an implementation plan supported by an evidence base. They will operate under a newly created taskforce – LETI the London Energy Transformation Initiative.
Four LETI working groups have formed to translate ideas from the workshop into tangible evidence based recommendations for energy policy in London.
1- Data Disclosure- Leader – Adam Mactavish– Currie and Brown
2- Better Performance Metrics – Leader– Thomas Lefevre– Etude
3- Decarbonising Heating and Energy- Leader – Amanda Stevenson– CapCo
4- Delivery Mechanisms- Leader- Stephen Kent – CBRE

We are building a list of supporters to show the Greater London Authority that the industry is in favour of this initiative. Email Clara Bagenal George on [email protected] to sign up as a supporter of this initiative or if you are interested in joining one of the LETI working groups. For more information on LETI, download flyer: Call to Action – LETI.