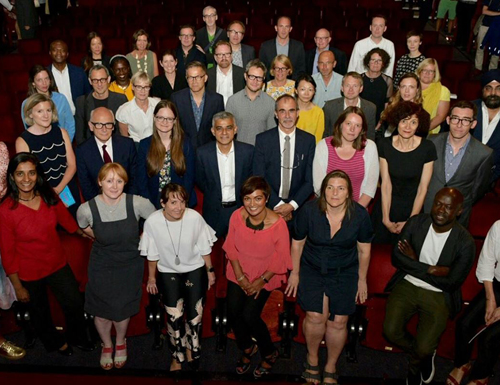 Clara Bagenal George, an environmental design engineer from Elementa’s sustainability team, is one of just 50 people who have been carefully selected to be part of the Mayor of London’s ‘Good Growth Design Programme’. They will be working alongside City Hall and London Councils on the programme to assist the Mayor in solving the current issues posed by population growth.

Sadiq Khan aims to regenerate London and help realise his vision of a city that is socially and economically inclusive as well as environmentally sustainable. London needs to provide space for 46,000 new jobs and build 50,000 new homes a year just to keep up with the demand of the growing population, as well as build the social infrastructure to support both. Good Growth will enable this, leaving a legacy of world-class buildings, outstanding public realm and large-scale regeneration for Londoners of the future. With the Design Advocate team focusing on these social and economic concerns, he hopes to create a healthier space for the people of London to live in, with cleaner air and less pollution.

As a Design Advocate, Clara will be working alongside other designers and architects to tackle the strain that population growth is presenting to London. She will be part of a team that will be available on request to the London Boroughs to review their plans. Khan believes his exceptional team of Design Advocates will be ‘setting ambitious design standards’ as well as investigating challenges to find suitable solutions. The Mayor’s Design Advocates will also be asked to consider how the built environment professions can be more representative of the communities they serve, working on initiatives to promote the inclusion of under-represented sections of the community.

Receiving the news, Clara commented, ‘I am delighted and humbled to have been selected to become one of the ‘Mayor’s Design Advocates’ to promote Good Growth across London. We need to work together for a Capital that is socially just, economically inclusive and environmentally sustainable for the benefit of all Londoners. The Mayor’s Good Growth programme aligns with my personal goals of championing and developing a zero emissions framework for London that considers not only carbon emissions but air quality, fuel poverty and resilience. I am passionate that London should take the lead in tackling climate change for cities as well as providing a nurturing, inspiring and inclusive landscape for its inhabitants.’

Elementa would like to congratulate Clara on being selected for this incredible opportunity and will support her in her role as a Good Growth Design Advocate.