Breathing Life into a New Space 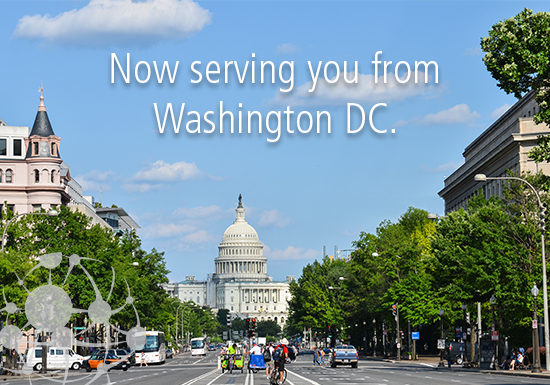 (Washington, DC): Integral Group Alexandria has recently moved to its new location in central Washington, DC. The move provides the team with a central location that will allow for closer collaboration with design teams in Washington. In addition, key strategic hires will add vitality to the team to bring about growth.

With a background in architectural engineering and an emphasis on lighting and electrical design, Sara Lappano brings 13 years of experience to Integral Group. Sara has led teams to complete highly visible projects including the Museum of the Bible, a $400 million, 430,000 square foot building renovation. Her design focus is to incorporate sustainability into every project, from daylighting strategies to the design of photovoltaic systems for on-site power generation.

Sara spearheaded the design of renewable energy systems for the Brock Environmental Center, and as a result, the project is operating at Zero Net Energy and has been certified as a Living Building. She was recognized in Consulting-Specifying Engineer’s 2016 40 Under 40.

Bill Updike is recognized as a national leader in green building, urban sustainable development and climate planning and programs. Bill brings over 17 years of varied experience to Integral Group. His diverse background includes project management for a renewable energy company, construction management for a deep green design/build firm, sales for a green building supply company, and, in the early part of his career, environmental journalism for two national magazines.

Before joining Integral Group, Bill served as the Chief of Green Building & Climate for the DC Department of Energy & Environment. In this role, he led the District of Columbia in developing Net Zero Energy Code, the Clean Energy DC Plan, and the Green Construction & Energy Conservation Code, among other projects.

Having worked in all sectors—private, government and non-profit—Bill understands the challenges of budgets, time limitations, and the need for effective and efficient project delivery. His extensive work on green building, energy, and climate mitigation and adaptation has earned him multiple awards including a Living Building Challenge Hero Award (from the International Living Future Institute) and a BOLD Award at Greenbuild in 2015.