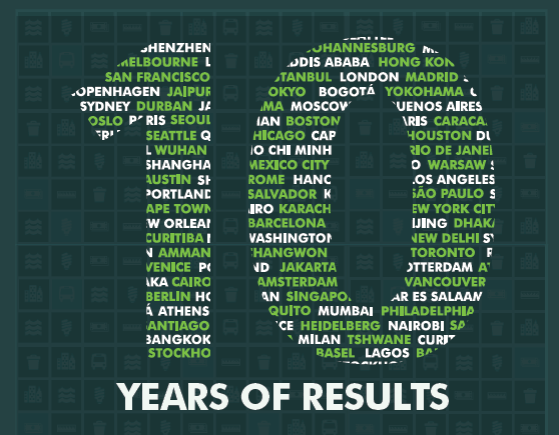 Kevin Hydes, CEO of Integral Group, was invited alongside an intimate group of global leaders and champions to a special reception celebrating the 10th anniversary of the C40 Cities Climate Leadership Group. Many of those present are mayors of the world’s megacities who are leading the battle against climate change, working closely through collaboration and sharing of best practices towards the de-carbonization of our cities.

Recalling his involvement in the movement for the past decade, from his role as Chairman of the US Green Building Council to Technical Adviser to the Clinton Climate Initiative and its many programs, Kevin was grateful to share a moment with President Bill Clinton. He thanked the President for his lifelong commitment to the climate agenda and offered his continued support as an industry-leader in the built environment.

“The next 10 years will make our first decade look like we were standing still.” – President Bill Clinton